Hue Imperial City is the most famous tourist destination where you cannot ignore in your trip to Hue city. Hue Imperial City was a former ancient capital of Vietnam in Nguyen Dynasty from 1802 to 1945, this citadel is the intergration of a large complex of unique and ancient architectural works.

When visiting Hue Imperial City, you will be amazed by the moats, elaborately carved works, royal pavilions and various fascinating museums on campus. If you are keen on this, you can consult some information about Hue Imperial City trip from Dacotours’s article below:

WHERE IS HUE IMPERIAL CITY?

Hue imperial city is located on the banks of the romantic Perfume River, in Phu Hau Ward, Hue City. This construction is the second area inside the Hue Imperial Citadel which protected the most important palaces of the imperial court – a place personally dedicated to the king and the royal family. People often call the Imperial area and Forbidden Purple City as the Imperial City.

This is a unique ancient architectural work with the largest scale in Vietnam history. Hue Citadel was built in 1804 but it took 30 years later (1833 – King Minh Mang’s reign), then the whole construction was completed with about 147 large and small works.

Visiting to Hue Imperial City, you will discover and admire ancient architectural palace. Surely, you will be interested having your trip to visit Hue imperial city.

The entrance fee with the lastest update based on the table tourist ticket of Vietnam National Administration of Tourism is:

Notes: This tickets include visiting Hue Citadel and the museum. There are many ancient antiquities in the museum from the Nguyen Dynasty, do not forget to visit the museum.

Forbidden Purple City is the accommodation of Kings and Royal Family, it is surrounded by Duyet Thi Duong theatre, Can Chanh, Kien Trung.

Salutation Court is at the middle area between Ngo Mon Gate to Thai Hoa Palace where hold coronation ceremonies or to welcome important diplomatic ministries and to celebrate King’s birthday.

It is located along both sides of the Imperial Citadel where they worship Nguyen Dynasty’s kings included The Mieu, Hang Mieu, Tai Mieu and To Mieu.

This is a natural place for King’s son to play and study with court officials. This area was established from the reigns of King Thieu Tri and King Tu Duc.

How to go to Hue Imperial city?

Hue Imperial city is located in Hue Imperial Citadel at Hue City Center. There are many public transport for your choice like cyclos, bicycles, motorcycles, taxis or dragon boats. From the south side of Perfume River, you pass any of Trang Tien Bridge, Phu Xuan Bridge or Bach Ho Bridge.

What is best time to visit Hue Imperial

The pleasant weather in Hue is from January to February. It is the best time to visit the historical destination like Hue Imperial City as well as Nguyen Dynasty’s tombs. In April or June every even year, Hue Festival is being hold with many Hue traditional cultural activities.

How long does it take to visit Hue Imperial city

Hue Imperial city is very wide, you need at least half of the day to truly visit all palace and other areas.

That all of Hue Imperial City travel experience for your journey, Dacotours hope your will have a great trip to Hue city with lots of nice memories. If you are keen on high-quality tours in Da Nang – Hue – Hoi An, please visit here: Danang Tours or Hotline: 0914.136.151 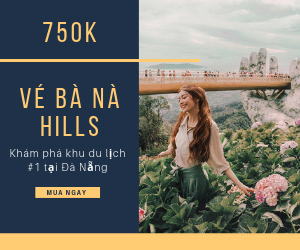