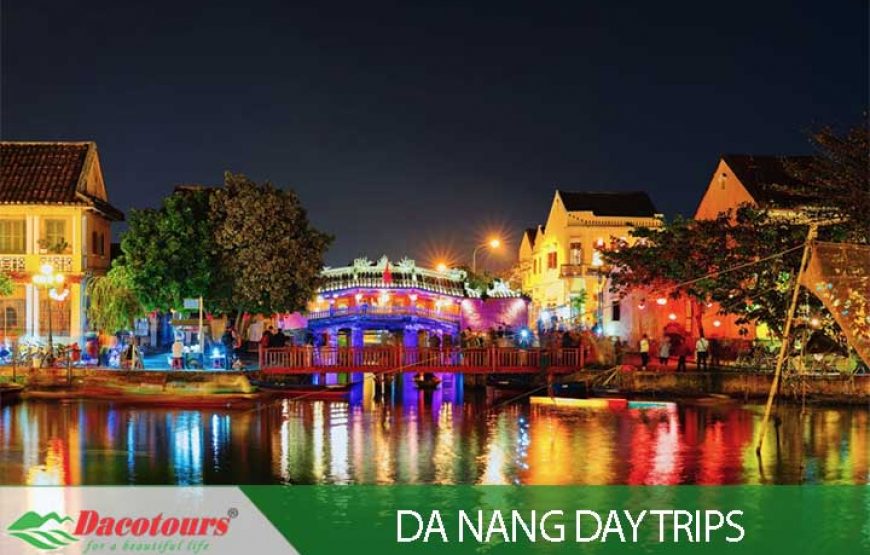 Dacotours would like to welcome and serve you in our beautiful Vietnam in 2019.

Hoi An is a hub for cooking classes – and just like Cao Lau stalls, there are plenty to choose from. It simply depends on your preference. If you are looking for a cooking class a fun basket boat riding, a trip to colorful market and a hand on cooking class. Congratulation! You ‘ve come to the right place.

Market Tour, Basket Boat Ride and Cooking Class in Hoi An will be great for you when you not only learn to make some famous Vietnamese food but also have a chance to experience different activities at the coconut jungle in Hoi An: paddling basket boats, watching people catching fish using traditional way, etc. Just spend half day tour with our family, you will get a taste of Hoi An’s countryside and cuisine and for a wonderful relaxing time. Market Tour, Basket Boat Ride and Cooking Class cannot be missed when you arrive Hoi An.

Hoi An Ancient Town, recognised by UNESCO as a World Cultural Heritage Site, was an international trade centre in the 16th and 17th centuries. Merchants from places such as Japan, China, the Netherlands, and India came here to trade. Almost all of thearchitecture – streets, ports, and civil and religious buildings – remain intact. You will experience the old customs and cultural activities, and see traditional handicrafts and famous local speciality foods.

This is an enjoyable visit which will help you to understand more about the history and culture of Hoi An.

Our tour guide and driver pick you up at rendezvous in Da Nang city and Hoi An city.

You and my chef go to local market to buy some ingredients for cooking class.

We transfer to Bay Mau coconut Forest. You will know how to ride a basket boat, catch fish by rods.
Rowing basket boat through channels.
Join in cooking class with our chef and enjoy what you cooked.

Head to Hoi An Ancient Town - visiting Fukian Assembly Hall, Japanese Covered Bridge, Tan Ky Old House.
Fukian Assembly Hall was built around 1690s, an excellent work of architecture that is also considered as a heritage of historical significance.
Japanese Covered Bridge was built around 1590s, is a beautiful historical piece of Japanese architecture in 16 century.
Built nearly 200 years ago, Tan Ky Old House is one of several oldest houses in Hoi An. Retaining unique features in the interior decoration and objects from ancient times, the old house is recognized as a national historical-cultural relic in Vietnam.

– This price does not apply for Vietnam Holidays and Tet Holidays.
– For Tet Holidays (22-29th January), please kindly add 5USD surcharge over the price.
– We are closed on 24th and 25th of January. Sorry for this inconvinience!