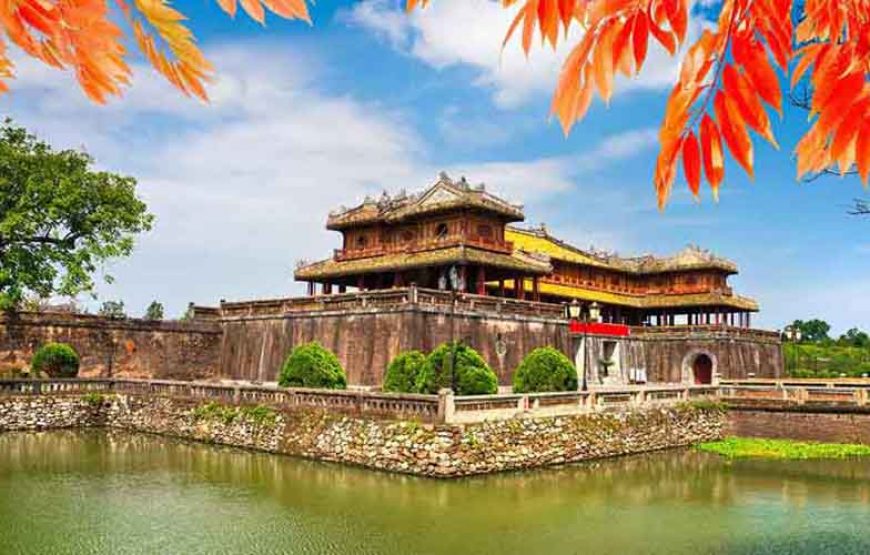 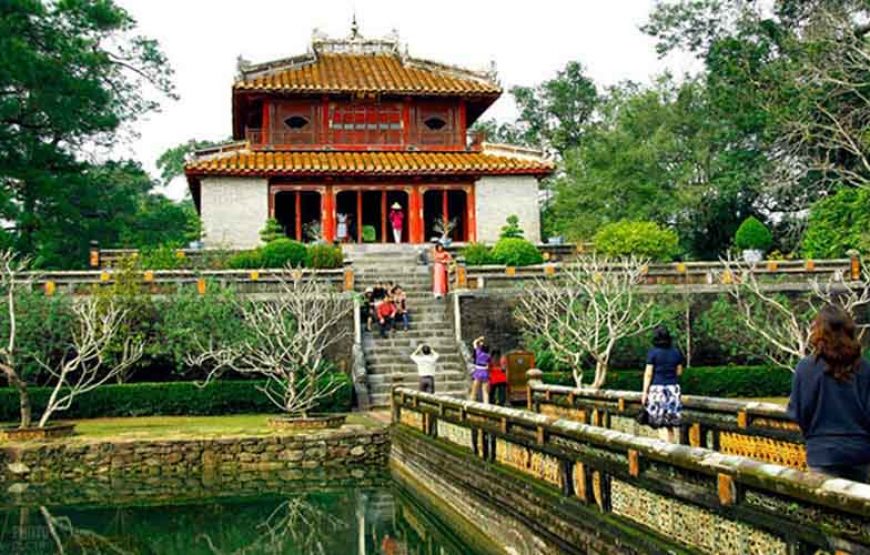 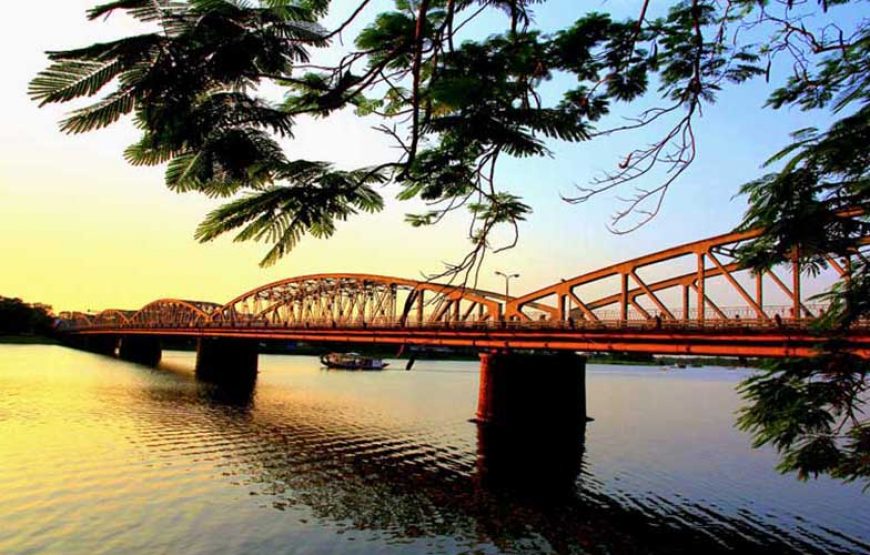 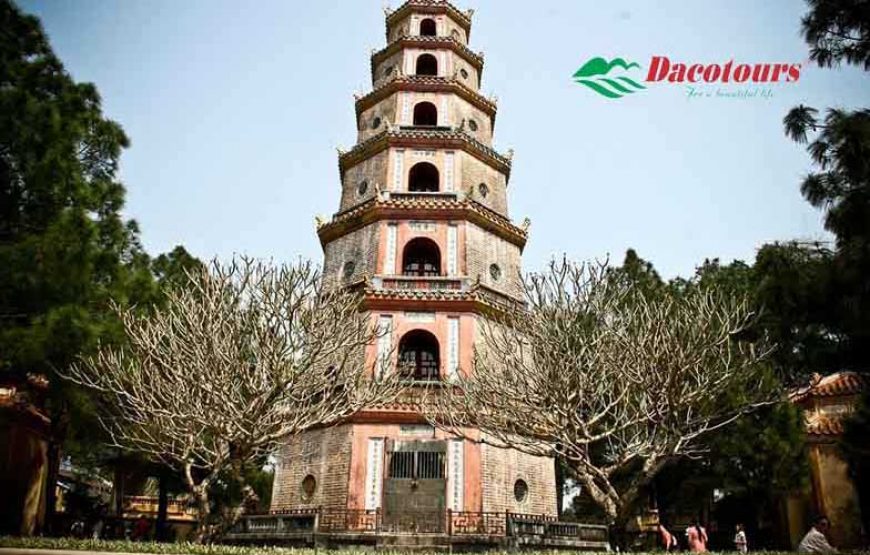 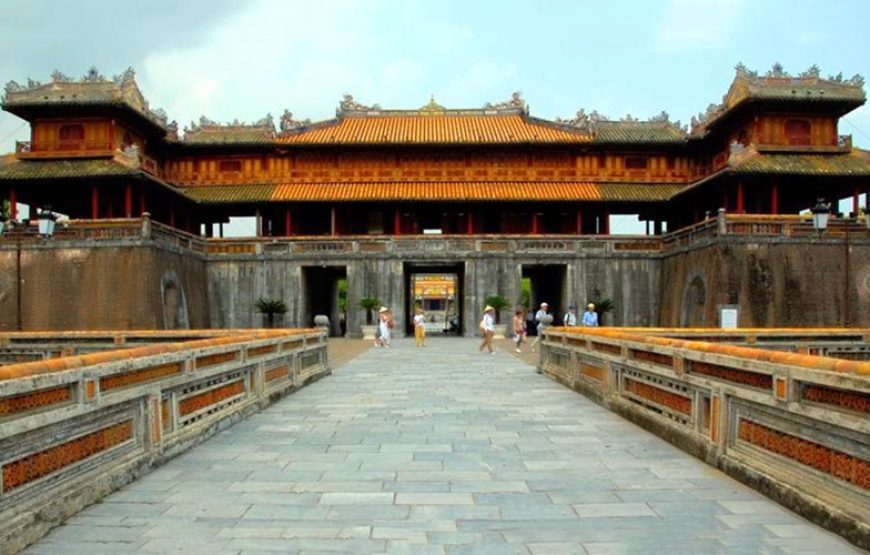 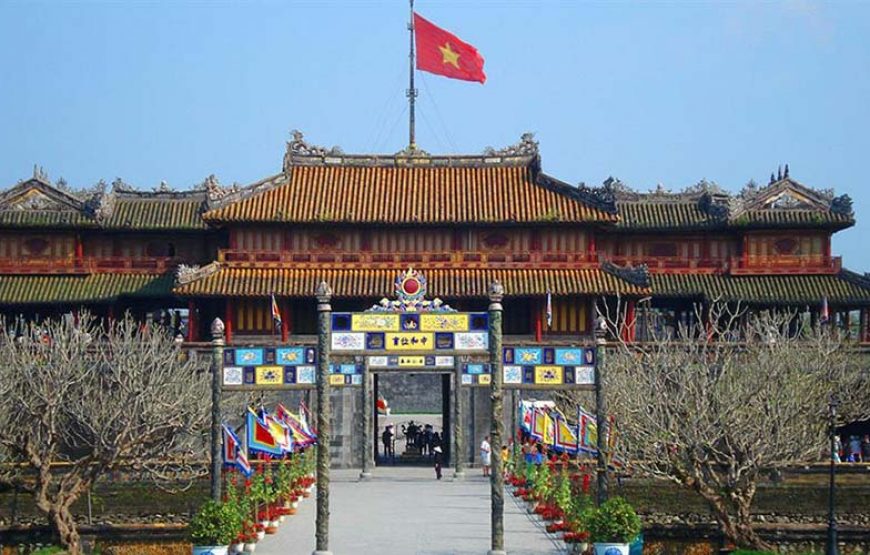 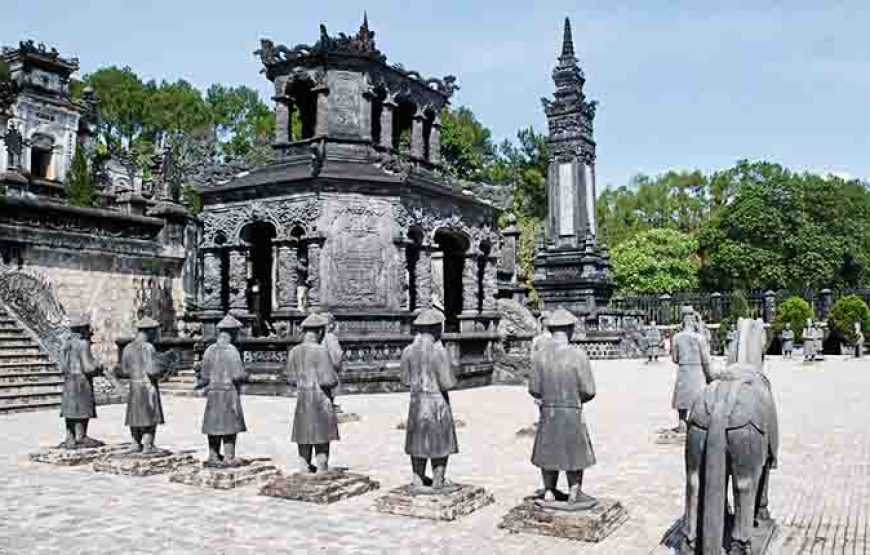 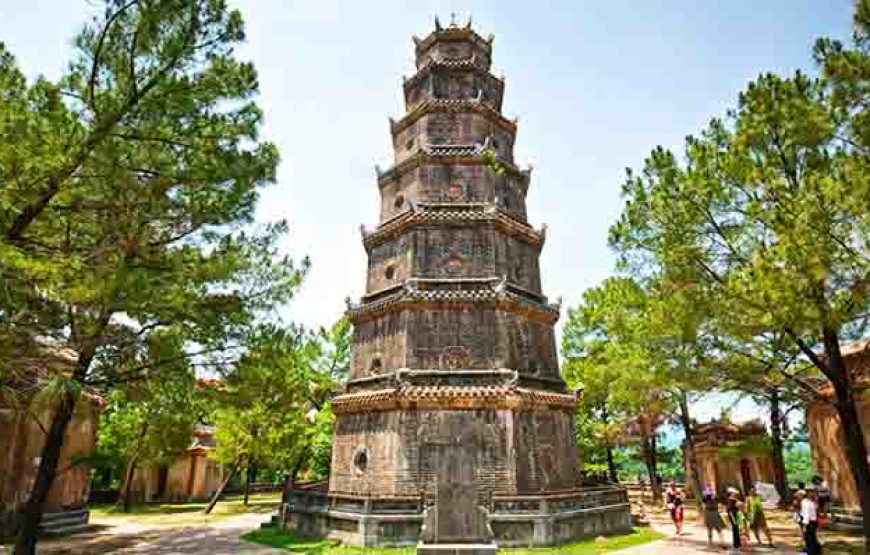 One of the tourist destination in the Central area of Vietnam is Hue city – the former capital of our country, which is famous for its culture, history and lyrical nature scenery. Hue is also well known for its historic monuments, which have earned it a place in UNESCO’s World Heritage Sites. We are confident to say that Hue tour from Danang will be an unforgettable journey for visitors who come to Danang to explore the culture and history, especially the stories of the Nguyen dynasty.

On the way from Danang to Hue city, we will go through Hai Van tunnel that links these two cities. This tunnel is part of the national highway, having a length of 6.28km, and it is also the longest tunnel of South East Asia. In 2005, after 5 years of construction applied Japanese and Finnish technology, Hai Van tunnel was inaugurated to put into use.

The first destination in the journey is the tomb of Khai Dinh. It is located on Chau Chu mountain (also known as Chau E). Khai Dinh Tomb is a strange architecture, unlike the tombs of the previous kings. It is a mixture of many different cultures. At the first glance, Khai Dinh tomb is like a castle in Europe, because it was built on a concrete slope. Indigenous materials such as wood, stone, brick and lime here are just a negligible amount, overwhelming by the modern materials.After going through Hai Van tunnel, you may find yourself in a view of heaven that is called Lang Co bay. The beach of Lang Co is about 10km long, belongs to Lang Co town, Thua Thien – Hue province, which is contiguous to Hai Van tunnel. Lang Co bay puts on itself a lyrical beauty made of its golden sand, crystal clear water and green mountains. It is one of the stunning natural landscapes of Thua Thien – Hue, and on the list of the most beautiful tourism destinations in Vietnam. In 2009, Lang Co bay was dominated “one of the most beautiful bays in the world” by Worldbays.

Along Huong River, you will visit one of the most well-known religious works of Vietnam – Thien Mu Pagoda. Located on Ha Khe Hill, it is the oldest pagoda and also the symbol of Hue city. Right in front of Thien Mu pagoda, you will find Phuoc Duyen tower. It is 21m tall and has 7 floors. There is a Statue of Buddha on each floor. Inside the tower, there is a spiral staircase leading up to the top floor, where a golden Statue of Buddha used to be there.

Hue Citadel is the last stop of our Hue daily tour. Located on the northern bank of Huong River, the former capital of Vietnam is an area which is over 500ha, including the Royal and the Forbidden City. Hue citadel was the administrative and political center of Nguyen Dynasty – the last Feudatory Emperor of Vietnam. In 1993, Hue Citadel was admitted “the World’s Cultural Heritage” by UNESCO.

Beside the ancient castles, the romantic scenery, Hue city is also famous for its cuisines, such as clam rice, beef noodle soup, and other various kinds of food made from rice flour. Just try once, and you will never forget the impressive taste of these dishes.

In the morning, you will be picked up at the rendezvous in Danang, then we start Hue city tour. On the way to Hue, you will pass through Hai Van tunnel, the longest tunnel in Southeast Asia.

After arriving Hue citadel, you will visit Khai Dinh Tomb – the combination of Asian and European cultural structure, embodying the beauty of this ancient city.
Thien Mu Pagoda – the most beautiful pagoda of Hue, which is considered as the National pagoda of The Nguyen Dynasty, is your next destination after Khai Dinh Tomb. You can find the relics of Monk Thich Quang Duc – his private car, an eloquent witness of the Buddhist era in Vietnam.

At lunch time, Dacotours introduces to you Hue family dishes at one of Hue’s famous restaurants.

We will take you to Hue Imperial city – the former administrative center as well as the accommodation of 13 Kings of the Nguyen Dynasty – the last feudatory Empire of Vietnam. The Imperial city is preserved as new for hundreds years, and tourists are allowed to visit many places such as Meridian Gate, Thai Hoa Palace and Duyet Thi duong theatre. Our tour guide will tell you the secret stories of the Royal family, of the Kings and the Queens’ lives.

We say goodbye to Hue city. We will take you back to Da Nang city.